Album: The Earth Is Not A Cold Dead Place 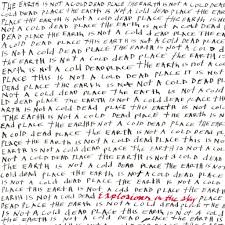 A great intro for a post rock band. Released in 2003, this is album of 4 person with 2 guitar, a bass and a drum. The first song "First Breath After Comma" is so aptly named, with a slow steadh beat of drum and guitar. Their second song "The Only Moment We Were Alone" will foreverly attached into my head along with the hours and hours of time that I spent on it. I hope when I die or goes into coma someone would do me a favor to play the whole album for me. 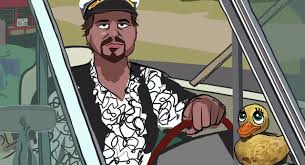 I used to think that philosophy and existensialism discourse is boring stuff. But Waking Alive open up the whole spectrum of world for me. With a long rambling conversation that become the hallmark of Linklater, this movie use a technique called Rotoscoping to trace the original camera recording. It's really align well with the movie theme about dreaming.

I’m based in Yogyakarta

Thank you! Your submission has been received!
Oops! Something went wrong while submitting the form.
Typography: Brandon Grostesque & Abril Fatface
All contents created by me, unless otherwise noted. You are allowed to copy, distribute, or display your derivative copy of my works without my permission